Actualités NOVELTIES - STORIES - HAPPENING Kraftwerk, The Clash, johnny hallyday, The Stranglers, LEONARD COHEN, CLAUDE FRANCOIS AND JACQUES BREL have all had events here. What about you?

Kraftwerk, The Clash, johnny hallyday, The Stranglers, LEONARD COHEN, CLAUDE FRANCOIS AND JACQUES BREL have all had events here. What about you? 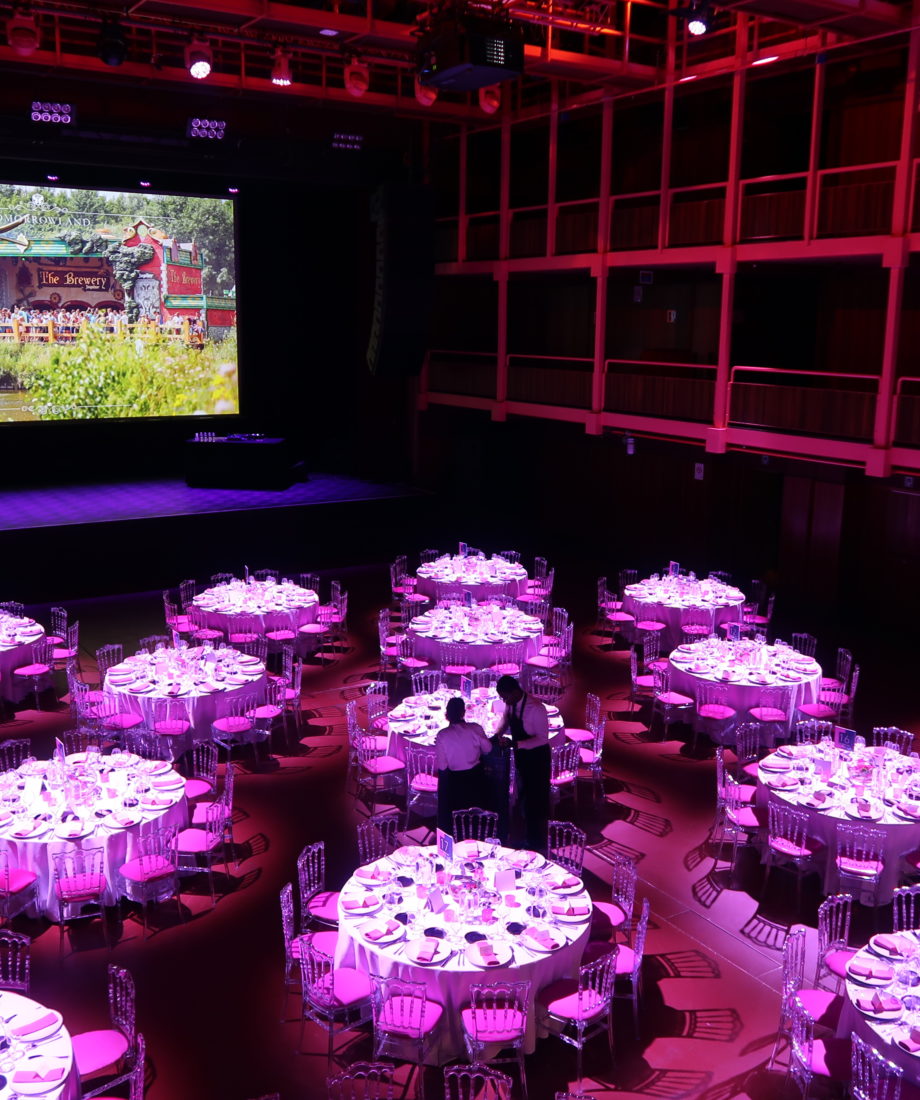 Have you ever thought organising your conference, reception, evening entertainment or gala in a music hall?

Try it! Apart from the highest standards in decor, setting, and technological equipment, the atmosphere is palpable!

Affectionately known as AB, Ancienne Belgique is where it happens!  Highly ranked among the top 100 European Clubs (according to the magazine Pollstar), it is steeped in musical history, where, for over a century, renowned singers and musicians have performed.

At the end of last December, we met up with Eline Labar, the sponsoring & events manager at Ancienne Belgique. After a behind-the-scenes-visit, Eline gave us a rundown of AB’s long history and showed us what a live music venue can add to private events, while the guests enjoy a gourmet meal prepared by the in-house chef. 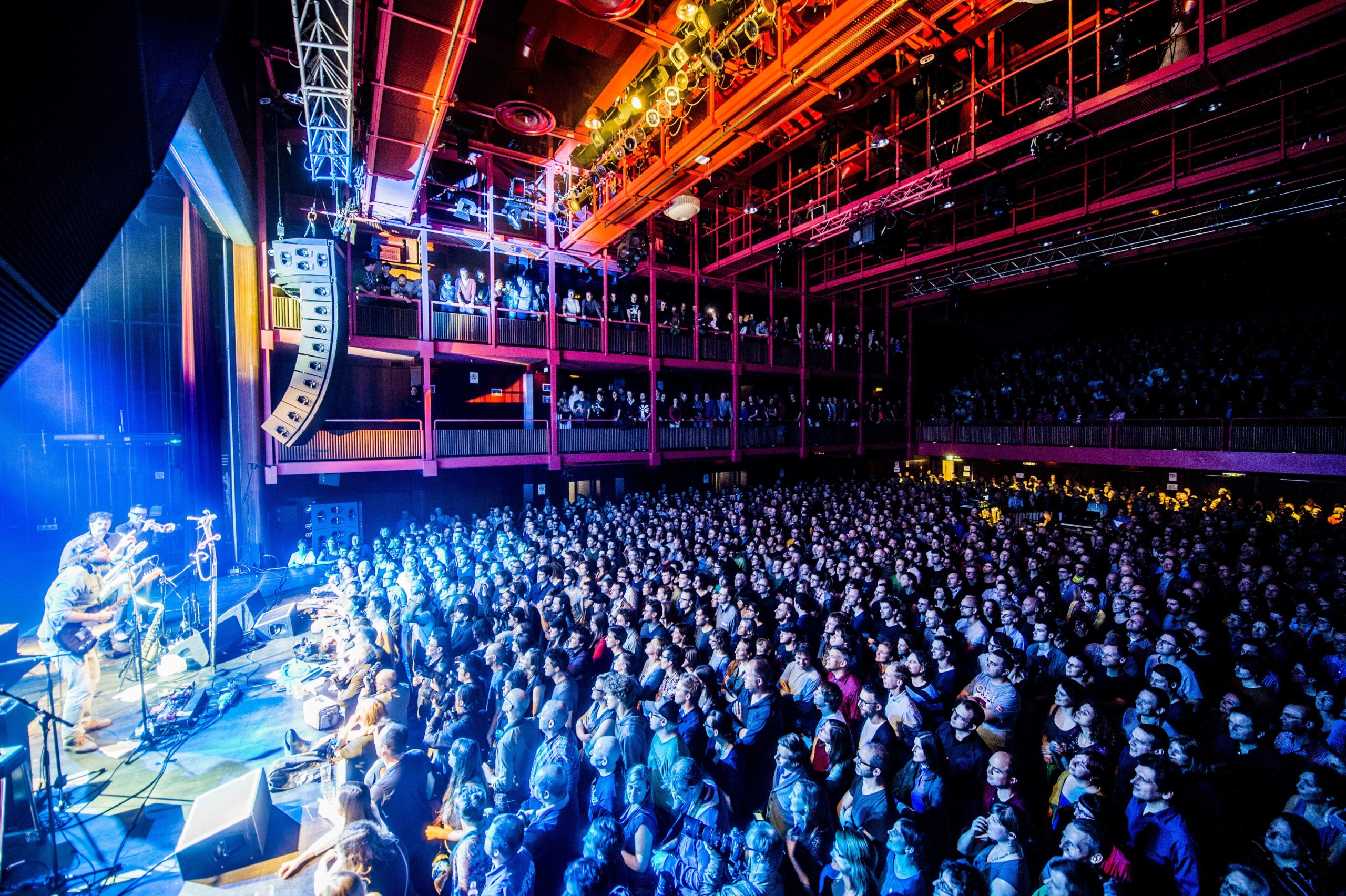 AB has existed for centuries and is in the DNA of every native to Brussels! But it came into its own at the end of the 19th century as a music-hall venue. Central to entertainment during the Belle Epoque in
Brussels, AB’s walls are imbued with the atmosphere of that era and can be
enjoyed to this day. Eline recounted its fascinating story…

In the 15th century, the site was already a hive of activity

It was first a merchants’ establishment, and then in turn, a bank, a hospital ward, a meeting place, and a banqueting hall. Three centuries later, the complex had become a genuinely socio-cultural centre.

From 1906 to 1913, it was a fashionable music hall, lavishly decorated in the German style and known the “Vieux Düsseldorf”. It had seating for 1500 people, two orchestras and renowned revue artists. It was then renamed “Bruxelles-Kermesse” and became a brasserie-style venue with acrobats, conjurers and film shows. A few years later, the hall was transformed again into a popular dance hall.

By 1931, AB had become a leading venue for music hall entertainment, and doubled its capacity. With the Liberation, at the end of the Second World War, there was a real boom in the world of entertainment and AB was at the centre of it all: magicians, acrobats, impersonators and comedians played to packed audiences. 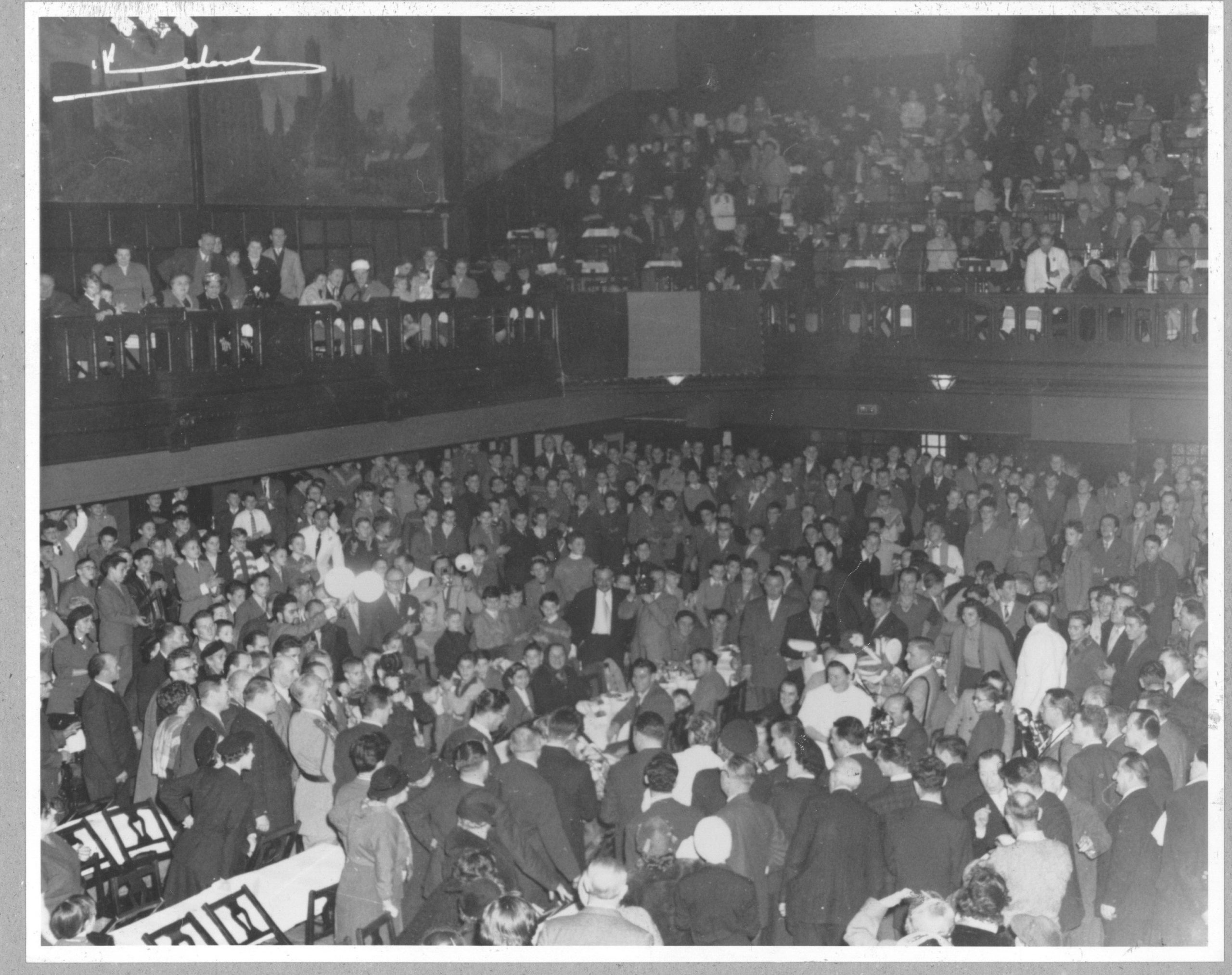 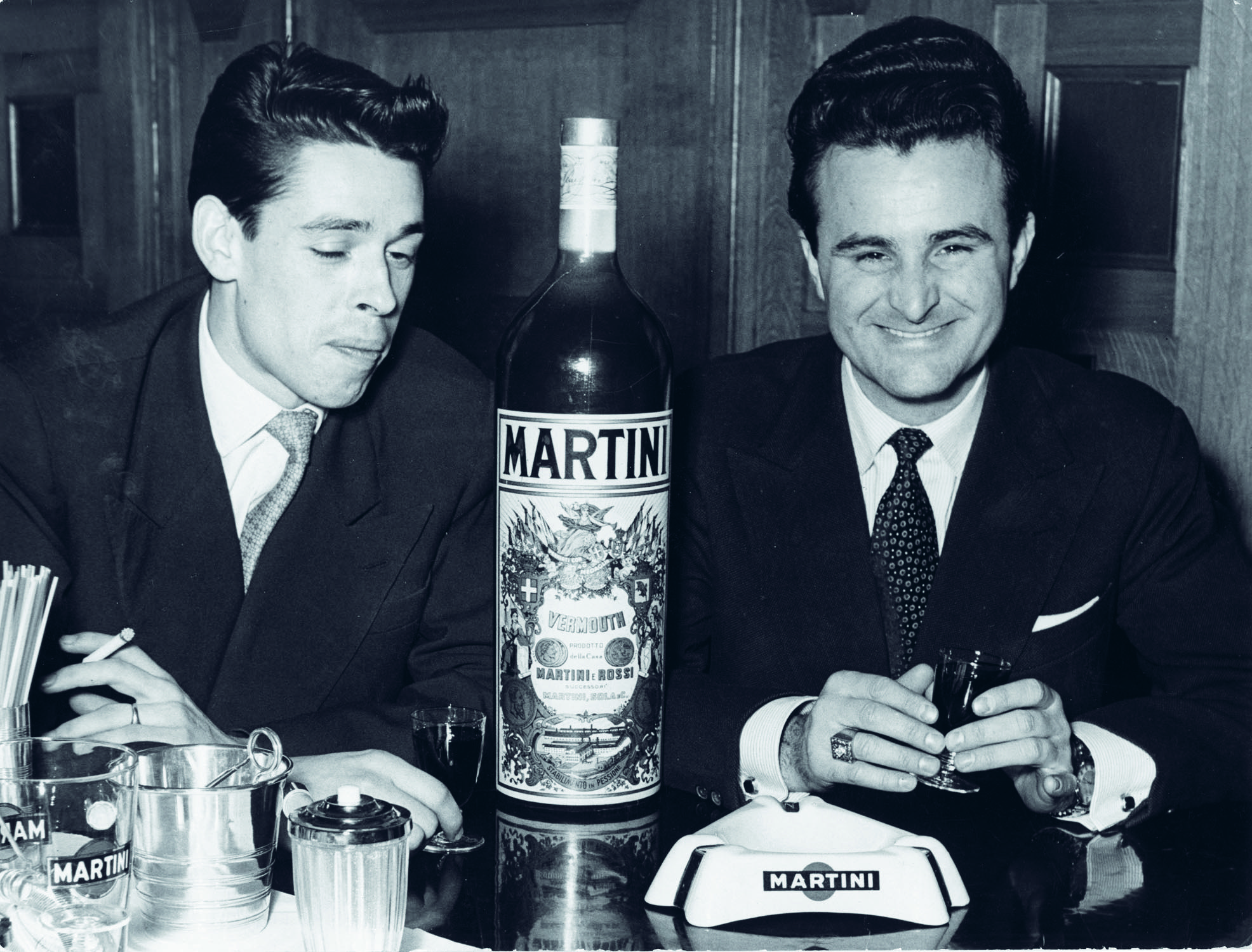 English and American stars were soon followed by French and Belgian artists such as Charles Trenet, Georges Brassens, and Edith Piaf: Jacques Brel was a regular artist there. At least a dozen shows, half of which were matinées, were held every week in the red, velvet-clad hall. In collaboration with the Olympia in Paris, AB became a popular venue for top French pop artists of the 1960s, such as Johnny Hallyday and Claude François who attracted a different and younger audience.

After a period of disastrous ventures, a new manager saw its
potential as a venue for jazz, blues, and rock. Up to1979 major international
artists graced the stage, ranging from Leonard Cohen, Herbie Hancock and Frank
Zappa to Golden Earring, Lou Reed, Kraftwerk, The Clash, and The Stranglers. At
that time, the venue had been made available to the French- and Dutch-speaking
cultural community to meet, and entertain; with educational activities during
the day and shows and partying at night. 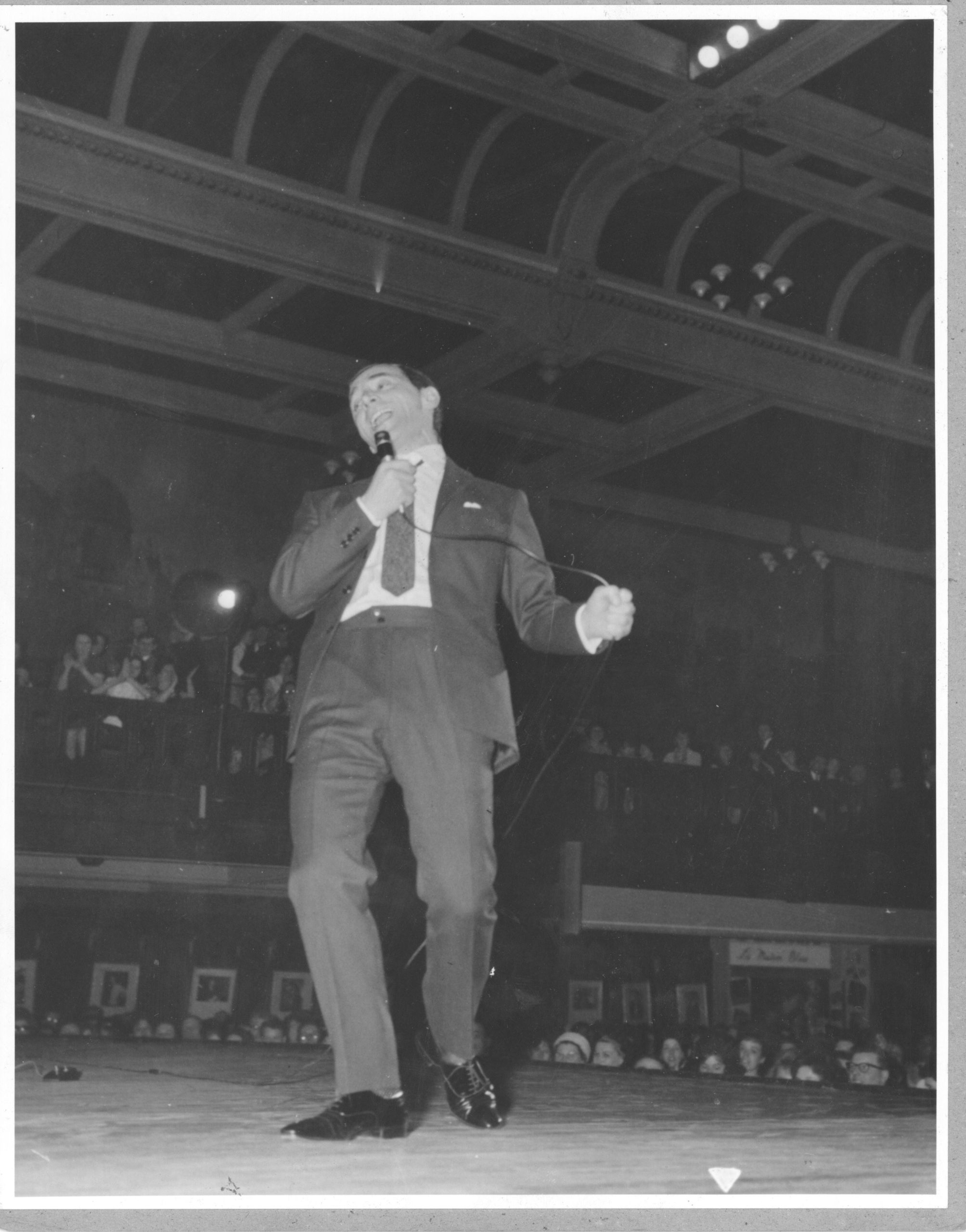 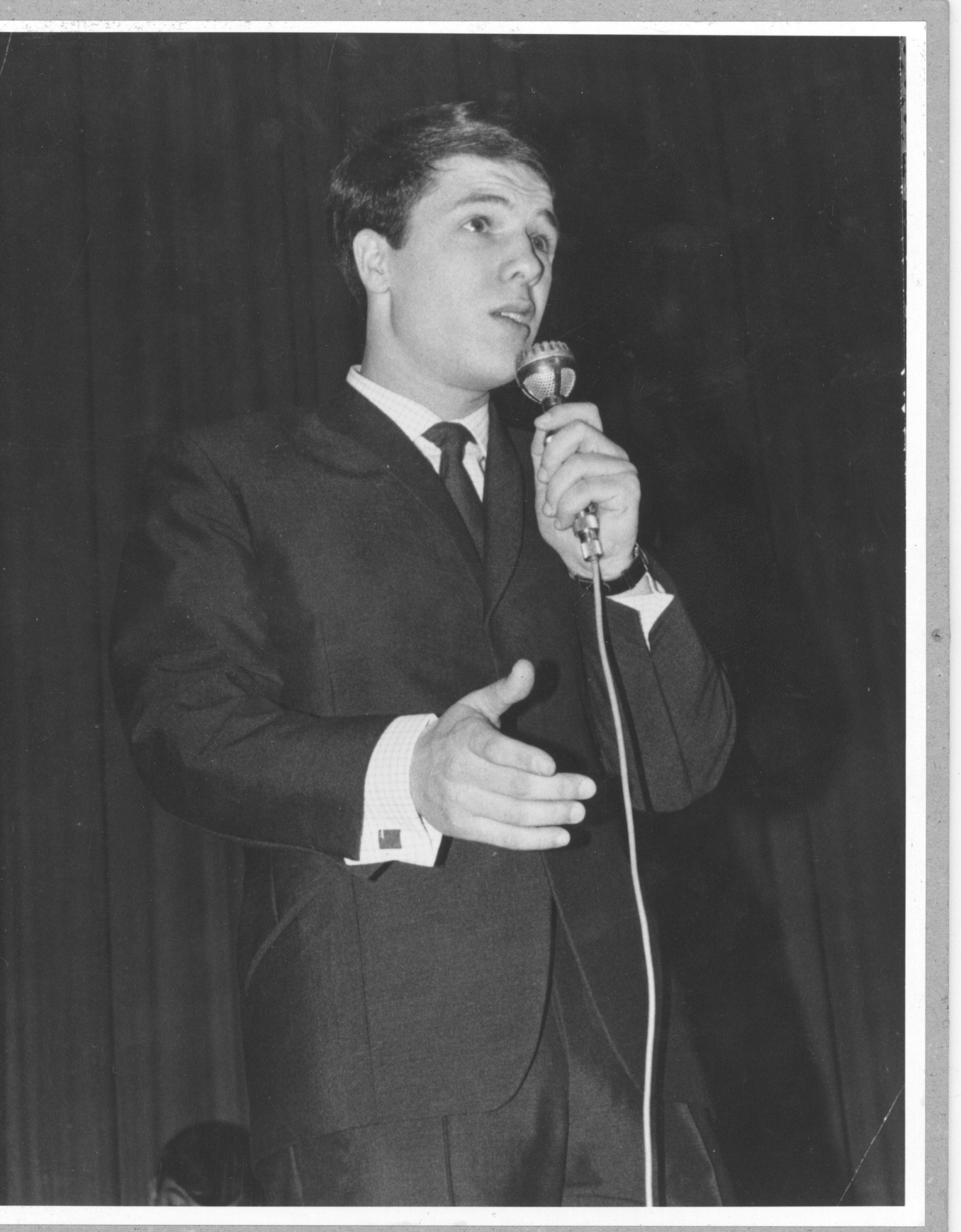 The 1980s – a time for traditional, and quieter, world music

Noise became an issue and in the first half of the decade, quieter genres were given a chance: Dutch-language music, traditional music from Africa, India and South America were included in the programme, as was the cream of the dance and theatre world. Between 1986 and 1996, AB underwent a long rebuilding process. 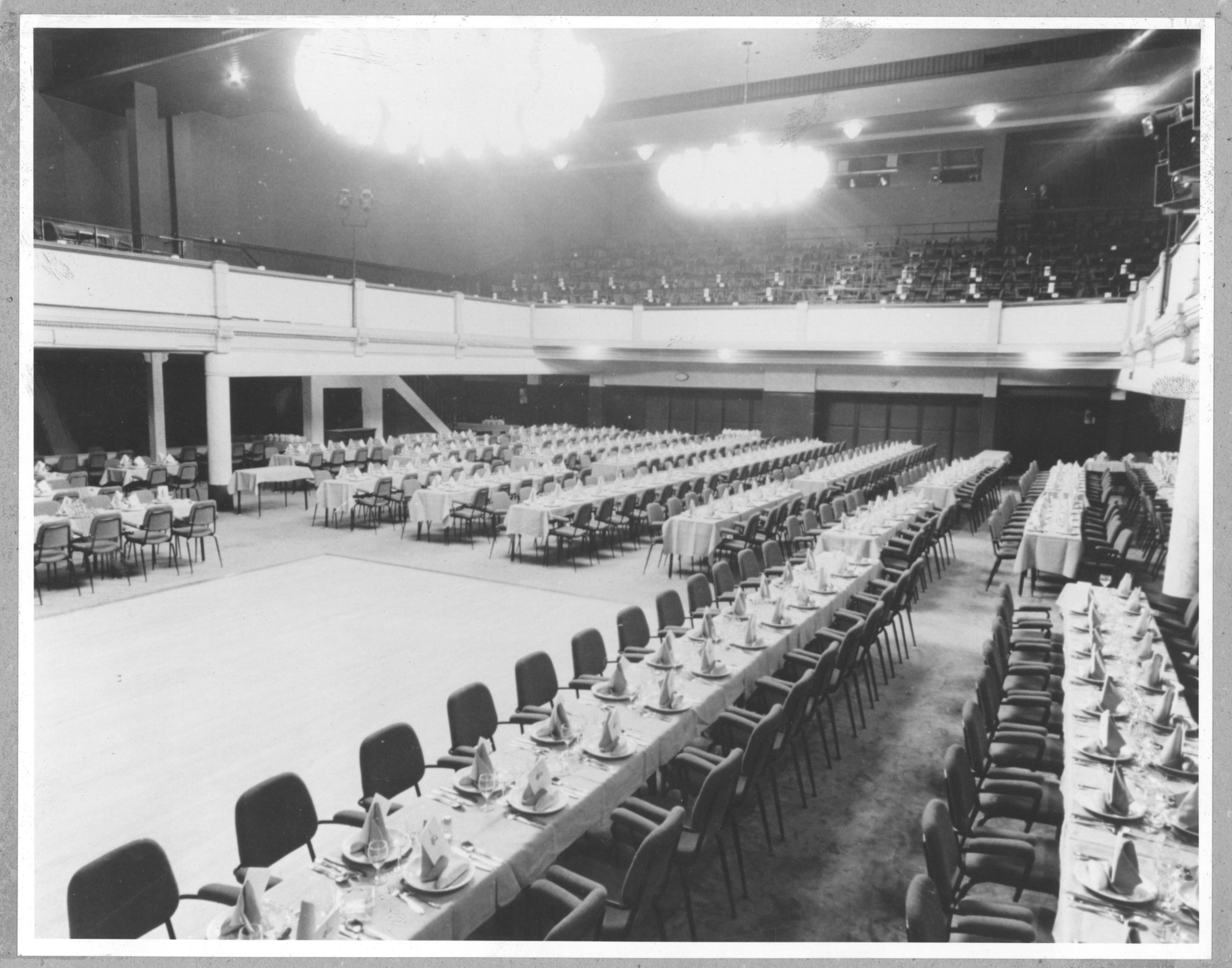 And nowadays Eline, how does “Ancienne Belgique” stand as an
internationally renowned pop and rock temple?

We are introducing interesting new and established artists
who will appeal to as broad a range of music enthusiasts as possible.

AB is not
just famous in Belgium, but also has an international reputation and is part of
the Liveurope project (an EU initiative within the framework of “Creative Europe”),
a network of a dozen European concert venues that promote new talent.

As such,
AB is much in demand, but also corresponds to the needs of organisers of
private and B2B events. We transmit our passion for promoting music and the
dedication we give to our audiences, just as strongly to event organisers and
their delegates. 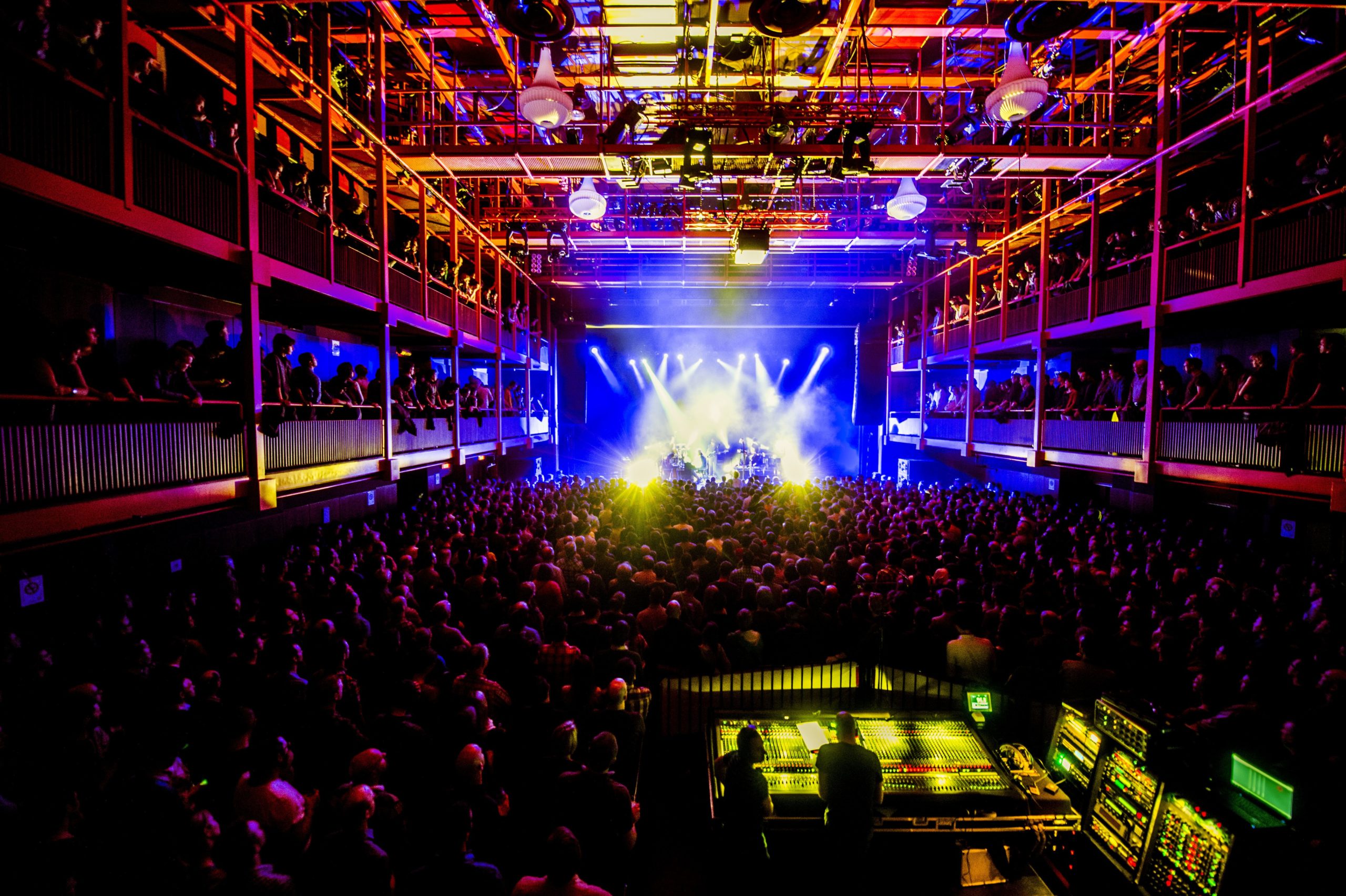 Ancienne Belgique, music temple to the world, can now be
hired for B2B events, and headlined by some of the best known singers in the
world. This is a programme!

AB has been the scene of vibrant and exciting music for well
over a century and has attracted performers and spectators from all corners of
the world. It has now become an international meeting place. The main hall,
cafe, club, and recording studio with state-of-the-art broadcasting technology
have put the venue on the world map. 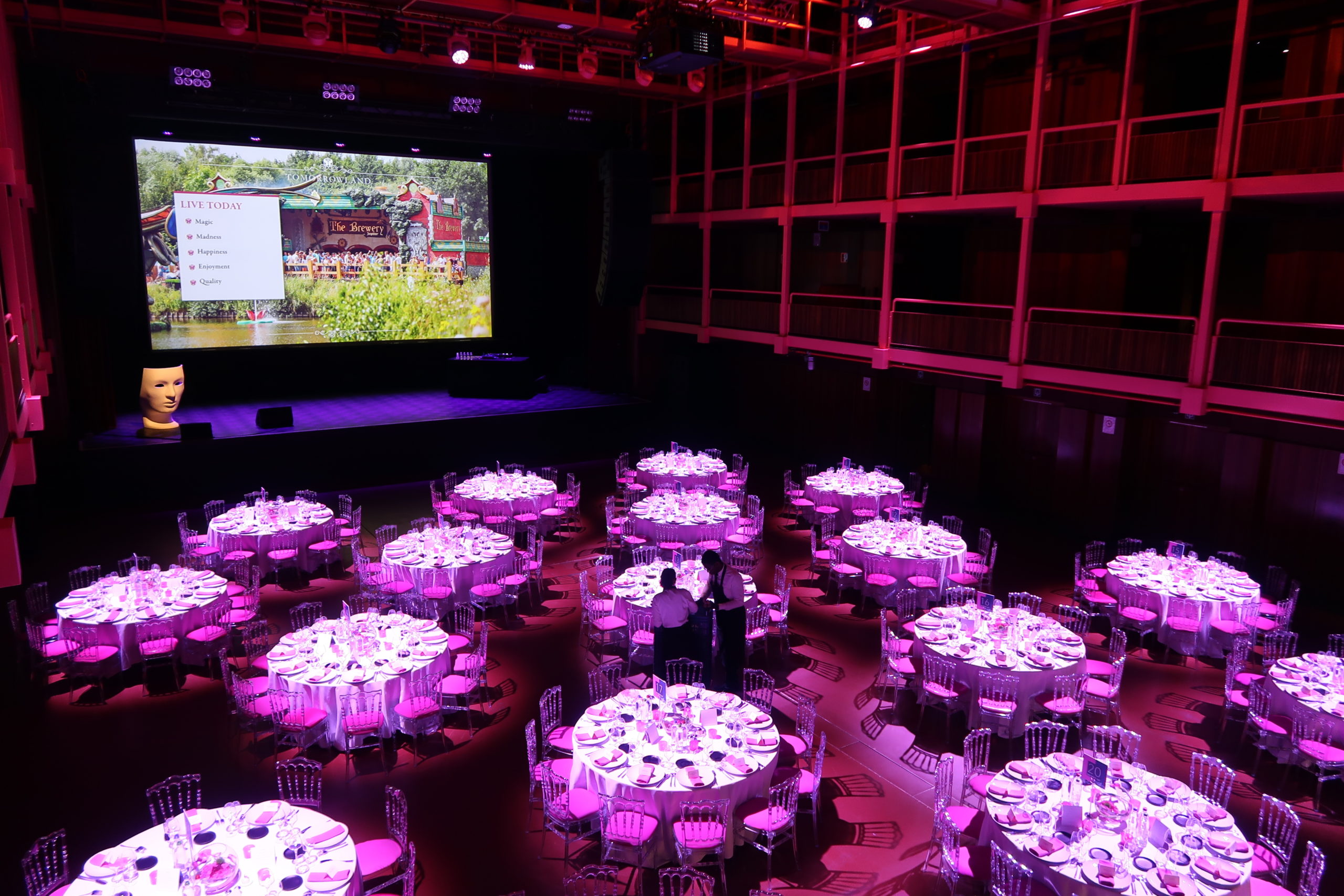 In a nutshell, what are the top five advantages of hiring AB
for an event?

1. AB is a
legendary music temple, and is one of the world’s busiest concert venues.

2. Its
atmosphere – delegates meet and walk in the footsteps of some of the greatest
ever single artists and groups from Charles Trenet to The Stranglers.

3. The
versatility and different set-ups possible in our 3 event spaces that can be adapted to suit 10 to 2000 participants.

4. The acoustics
and settings are already in place, and are among the best you’ll find in
Brussels – an obvious financial advantage.

5. Last but not least, the location: AB is in the centre of historical Brussels.

If I were an organiser looking for an event space for a 2020 celebration, which room would you recommend?

The size and concept of your event is what counts. AB offers 3 event rooms with top-notch audiovisual infrastructure: 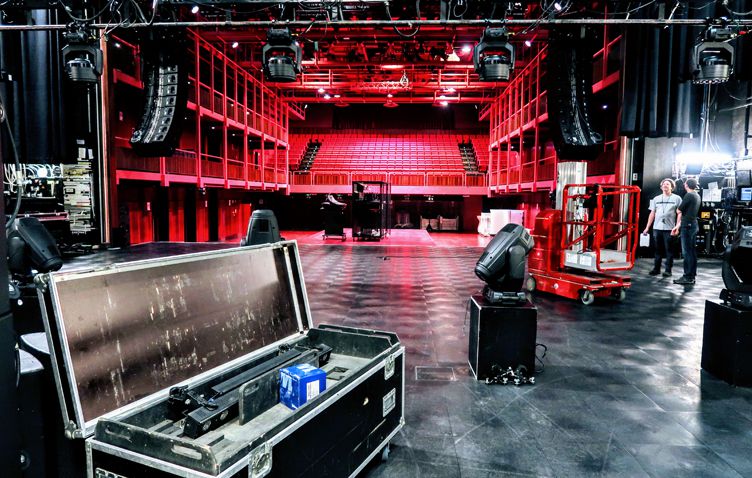 AB Main Hall is the hall for 150 to 2000 participants. You might recognise it by its familiar red colour scheme. It is the dream location for a concert, company event, product presentation, or seminars. 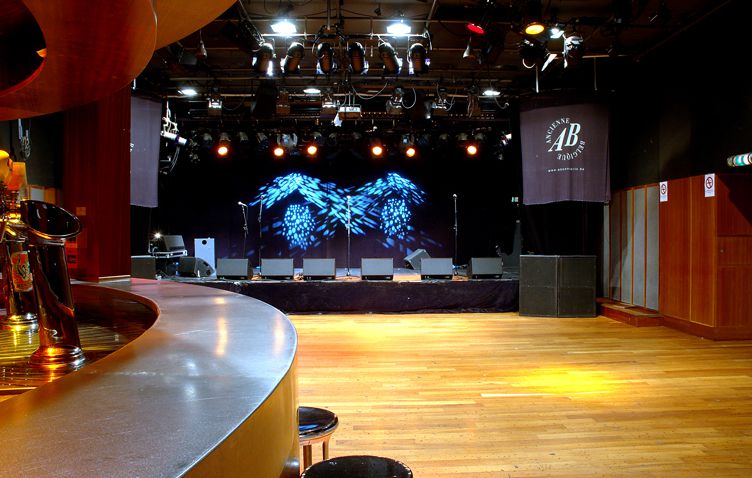 AB Club is a smaller room, for 40 to 280 participants: perfect for press events, company parties, walking dinners, and networking events. 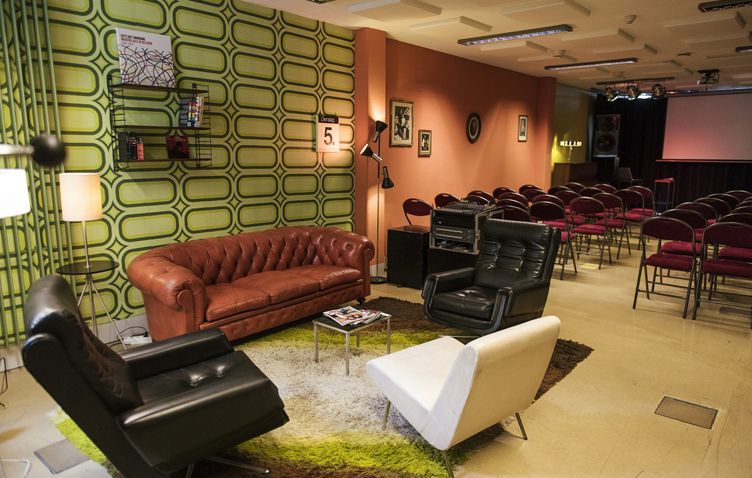 The AB Salon, and a meeting room

AB Salon is the exquisite, cosy environment for workshops, screenings, meetings, lectures, and listening sessions. It holds up to 50 persons. There is also a smaller meeting room, for sessions up to 35 persons.

In search of other original cultural venues?

Some of the largest and most impressive cultural locations in Brussels are available to hire for B2B private functions, large cocktail events, conferences, performances, and other gatherings. You can also combine your evening party with a private visit to an art collection or a temporary exhibition, or to a theatrical performance or concert, which will make your guests feel very special and add value to your event.

If you are looking for original cultural ideas for post-conference and networking gatherings to integrate into your event, discover and contact one of these 15 venues:

LOOK FOR ANOTHER CULTURAL EVENT VENUE

What may interest you

Why Should You have to take care of sustainability in your Event Management?

When you’re organising any type of business event (networking event, industry conference, expert seminar, even a workshop for your employees), make sure that you’re doing it in a sustainable way.  Why Should You have to take care of sustainability in your Event Management?  The sustainable style doesn’t just go down well with the average customer, […]

This important meeting between partners and the visit.brussels teams is an opportunity to discuss their collaborations, the services they offer and think about new projects. This year, the theme of the event will be « positive impact tourism ». Program   The visit.brussels days take place over two days at two distinct locations, to give everyone the opportunity […]

« The Green Exchange 2022 » at BluePoint Brussels 

650 guests were present at ‘The Green Exchange’ at BluePoint Brussels on May 25th for a joint annual event of Agoria and Sirris. Instructive debates about the green, sustainable economy of tomorrow were given by renowned keynote speakers and finally, all guests enjoyed high-quality catering in our beautiful outside setting. Watch now the throwback movie […]