Renting a congress center in Brussels? The capital can offer you the best

Brussels, the capital city of 500 million Europeans, is also the headquarters of more than 2,000 international organizations. Ranging from modest NGOs to large industrial corporations or global institutions, these organizations all present opportunities to increase Brussels’ standing, and we encourage them to organize their congresses and annual general meetings in the city. In addition, the European capital’s central location, and the excellence and innovativeness of all its sectors, are what make it an indispensable destination.

A congress in Brussels? The venue you are looking for is right here!

Along with SQUARE (a trailblazer in the field!), there are no fewer than 6 exceptional congress centers and rooms in Brussels capable of hosting more than 1,000 participants, which include The Egg, Tour & Taxis, Bozar, Brussels Kart Expo, Flagey, Wild Gallery, and Square. 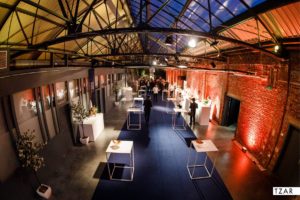 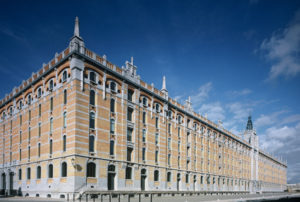 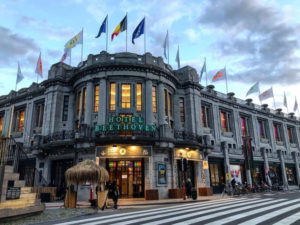 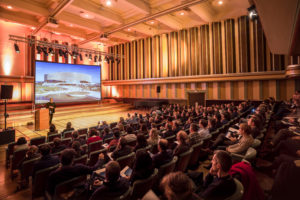 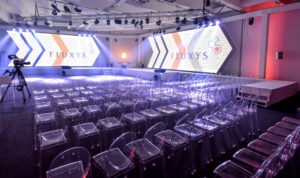 And if you are expecting to organize an event of between 500 and 1,000 participants, the venue finder created by Brussels Special Venues will help you find and directly contact a dozen other venues.

Plenary rooms, auditoriums, parallel rooms, exhibition, networking and poster areas, the latest technologies on-site, hybrid solutions, hotels in the immediate vicinity, and unforgettable places for your social events. All these can be found in accessible and exceptional locations. Brussels Special Venues leave nothing to chance!

Brussels has led the field as a congress city for more than 60 years, and in 2018, the Palais des Congrès in Brussels – a renowned location that has been completely renovated and renamed SQUARE BRUSSELS CONVENTION CENTRE – celebrated its 60th anniversary. An anniversary that marks the position Brussels has held for decades in hosting congresses and conferences.

Other centers in Brussels followed. Little by little, small or large congress venues capable of hosting plenary sessions of up to 1,000 people came into being to meet the growing demand for congresses to be held in what was then the young capital of Europe. And the city has no intention of halting this development. Since 1958, the number of exceptional and diverse venues has continued to grow, making Brussels the go-to place as a conference and congress destination.

It is in Brussels that congress centers of this kind came into being.

Built on the occasion of the Brussels world fair, EXPO 58 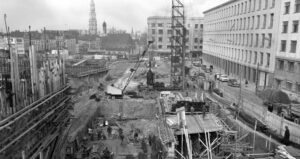 The Palais des Congrès in Bruxelles was constructed to mark the occasion of the Brussels world fair, EXPO 58, which revealed the need to develop more centers to host international conferences in the capital.

It is said that further argument to justify the existence of the Palais des Congrès in Brussels is was for the benefit of figures of international importance such as Paul-Henri Spaak, Robert Schuman, and Konrad Adenauer, which would elevate Brussels and maintain it as the seat of European organizations. At that time, there were only two congress halls of this type in the world, of which the Palais des Congrès in Brussels, was one and a pioneer in Europe.

In the early days, it was an impressive subterranean edifice housing an important cultural heritage of three enormous frescoes executed by René Magritte, Paul Delvaux, and Louis Van Lint that have been carefully conserved and can still be seen today.

At the heart of Brussels with more than 200,000 congress participants a year

The Palais des Congrès is situated in the Mont des Arts district in the city centre, and the area surrounding the district has always been a seat of power and trade.

From the 10th century to the fire of 1730, the sumptuous palace of the dukes of Brabant dukes and of Charles V attracted many merchants of luxury goods, which, typical of those times, also attracted beggars and paupers.

At the end of the 19th century, King Leopold II decided to redesign the Mont des Arts, by laying out gardens, terraces, and fountains to add cachet and standing to the nerve center of the City of Brussels.

In the 1950s, the planners decided to establish the Palais des Congrès mainly underground in Mont des Arts, a site steeped in history and enjoying a renaissance. The Palais des Congrès, situated in the heart of the city, was inaugurated in 1958. It was the first of its kind in Europe. About 200,000 people a year visit the Palais des Congrès, which is home to many activities related to congresses, conferences, exhibitions, festivals, trade fairs, and many other events.

Event host and hostess services were also born in Brussels 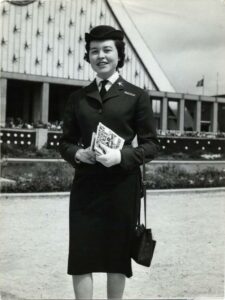 Host and hostess services for events now known worldwide, came about at the 1958 Brussels world fair, EXPO 58, when for the first time, hostesses were employed to welcome over 33,000 visitors. It was in Brussels, the city of congresses and exhibitions, that these young women who were “multilingual and from good families” (a prerequisite at that time), were given the chance to find this kind of paid employment rather than becoming air hostesses, a service that already existed in the aviation industry. Brussels was a pioneer in this type of service.

Financial and organizational support for events is also unique to Brussels

By choosing your congress room in Brussels for your professional event and international B2B, you will never feel completely alone. In addition to the help you will get from Association Manager Heidi Martens at Brussels Special Venues, you will also be able to take advantage of the four support programs offered by the team at the visit.brussels convention office.

Would you like organizational and financial support? Whatever help you need, be it for congress applications, making contacts and developing relationships (for your organizing committee, scientific committee, local committee, etc.), contacting partners and local suppliers, or welcoming your participants, visit.brussels offers flexible solutions that can be combined depending on your requirements!

Support for your congress

I would like to send a request to these selected venues

Recieve proposals within 48 hours. Compare. Contact your chosen venue. It is easy, free, no commission to pay, and without commitment on your part.

* Mandatory Fields, No charges. No commission. No fees. The offer is non-binding from your side.

Privacy notice: Your personal data will not be passed on or sold to third parties and you can unsubscribe at any time by modifying your settings (in your account or through the unsubscribe links).

You can find out more about which cookies we are using or switch them off by choosing More options.

This website uses cookies so that we can provide you with the best user experience possible. Cookie information is stored in your browser and performs functions such as recognising you when you return to our website and helping our team to understand which sections of the website you find most interesting and useful.

Strictly Necessary Cookie should be enabled at all times so that we can save your preferences for cookie settings.

This website uses Google Analytics to collect anonymous information such as the number of visitors to the site, and the most popular pages.

Please enable Strictly Necessary Cookies first so that we can save your preferences!